The League of American Orchestras’ Volunteer Council leads, advocates, and champions volunteer organizations in their efforts to support their orchestras’ community outreach and civic partnerships to advance the experience of orchestral music.

In 1942, the movies Casablanca and Bambi were released. The most popular holiday gift was Little Golden Books. A loaf of bread was 9 cents, a gallon of gas was 19 cents, and a postage stamp was 3 cents. At age 13, Anne Frank wrote her first entry in a new diary. The most popular song was Deep in the Heart of Texas.  AND the League of American Orchestras began "when Leta Snow, longtime manager of the Kalamazoo Symphony Orchestra, gathered representatives from 40 orchestras in 28 states 'to stimulate interest in civic symphony orchestras, to further the welfare of these orchestras through an exchange of ideas and programs,’ among other goals." (From Robert Sandla's article in Symphony, the magazine of the League of American Orchestras, Summer 2017 issue.)

Mark your calendars for the League's 2018 Conference to be held in Chicago, June 13-15. The Volunteer Council will be spending the year planning the volunteer track for Conference. We also offer a variety of resources such as quarterly issues of Volunteer Notes, personal touch base calls, Strategic Conversations for organizations' leadership, in addition to award winning projects and best practice webinars found online at americanorchestras.org/board-members-volunteers/volunteers, Mentoring services for new volunteer organizations and auxiliaries in stress are also offered. Contact Caitlin Whealon, League volunteer liaison, at This email address is being protected from spambots. You need JavaScript enabled to view it. to be connected to the appropriate person for your specific needs.

One of our major resources for volunteer organizations is a collection of award winning projects from around the country that are online for all to view and use, tailoring them to their own association’s needs. I invite you to submit a project(s) from your organization to Gold Book to be considered for presentation at the 2018 Conference in Chicago and to be added to the online collection. The deadline is August 1. Go to goldbookonline.org for submission guidelines. Further information can be found in the article in this issue.

Another service offered by the Volunteer Council is Strategic Conversations. Please join me and Volunteer Council President-elect Tiffany Ammerman (Marshall Symphony League, Marshall, Texas) for five one-hour, peer-to-peer conversations offered to incoming volunteer presidents and presidents-elect on various topics. We have been told, countless times, how valuable these learning and networking sessions have been. For more information and registration, see the article below.

Finally, new this year, we have launched a Facebook page, Friends of the League of American Orchestra Volunteer Council. We invite you to join!

Best wishes for the coming year in your volunteer efforts supporting your orchestras. A sincere thank you for all you do! And cheers to another 75 years of the League's work.

Sixteen volunteer members (including two ex-officio members) from fourteen states, representing all orchestra group sizes, dedicated themselves to the Volunteer Council and our mission to support volunteers nationwide. Caitlin Whealon, the League of American Orchestras' staff liaison to the Volunteer Council, was an essential part of every aspect of our work!

This year, we participated in several projects to strengthen our engagement and expand the conversation with the League's leadership and staff:

Planning the volunteer sessions at the National Conference in Detroit represents our most significant contribution and is detailed in the article, "2017 Conference Highlights," by Tiffany Ammerman, Conference Chair. Council members helped draw attendees to Conference by contacting volunteer associations within a 300-mile radius of Detroit via email and phone calls. Volunteer Notes also enticed volunteers from across the country to attend the 72nd national League Conference.

The League raised $3,067,197 in fiscal year 2017, reflecting an increase of nearly $200,000 over last year’s results. The Volunteer Council played an essential role in making the 2017 annual fund drive a success, which yielded a total of $102,680 for the League—an increase of nearly $30,000 over last year.
The League’s first ever one-day fundraising campaign—League Giving Day—surpassed its goal of $75,000 to achieve a total of $112,718.  In addition to exceeding its financial goal, League Giving Day:
To find out more information about the annual fund, contact Samara Ungar at 646 822 4008 or This email address is being protected from spambots. You need JavaScript enabled to view it. .
It was a privilege and a pleasure to serve as President of the Volunteer Council this year. It would not have been possible without the incredible work and dedication of all sixteen wonderful Volunteer Council members. They are extremely talented and dedicated individuals, and I am proud to count them as my life friends.
Thank you!
Debbie McKinney
Volunteer Council President, 2016-17
Oklahoma City Orchestra League

2017 National Conference in Detroit: Highlights
Tiffany Ammerman, Conference Committee Chair
The 72nd National Conference was held at the Detroit Marriott at the Renaissance Center Tuesday, June 6 to Thursday, June 8. The Conference theme, Detroit Rising / Transformation in American Orchestras allowed attendees to address issues facing American Orchestras while encompassing Detroit’s struggle in overcoming hurdles to become a city on the rise. The music community can literally “take note of” Detroit’s accomplishments as orchestras all over America are transforming in the face of rapidly changing public policy landscape. 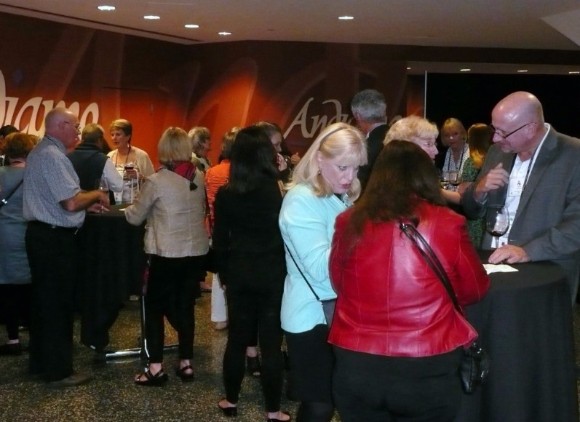 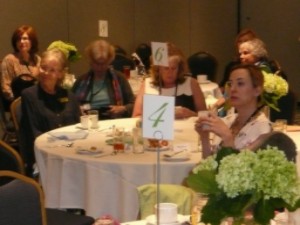 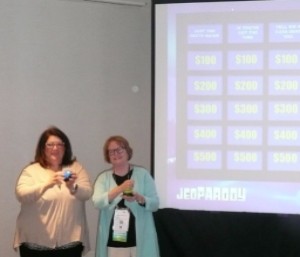 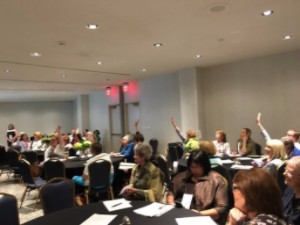 You, too, could be at these tables!

Special thanks go to the Conference Committee chairs and to Caitlin Whealon, our League liaison, who helped make this Conference a success!
Check back later this week for all PowerPoints, scripts, and handouts for each of the Volunteer Projects can be found on the League's website.

Join us next year in Chicago! 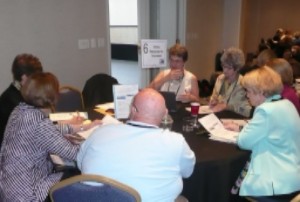